I hate waiting for new gadgets

For those who know me, I change out phones like ho's change clothes.  It's hard to settle on one.  It's finally come to the point that I've decided on the phone I want as I've been forced out of the Blackberry market due to shitty equipment.  The phone I've been eyeballing finally for the patch out to fix the GPS issues, and I couldn't be more excited.  Right?  I'm excited right?

No, I'm not.  My fucking upgrade isn't until 4/1 and I've been staring at this thing online for 2 weeks now since I settled in.

My Blackberry Style is sitting in my office collecting dust.  Daily annoyances of the data connection just dropping off have driven me to the end.  I curse every day using my old HTC Hero which has been doing backup phone duty for some time now because I fat finger everything I type.  Most people I message think I'm fucking high because it's so bad.  Ok, I could have been on some occasions, but not every time. 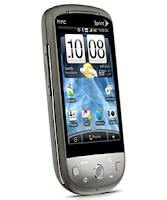 I finally decided on the Samsung Epic.  Yes, the UI sucks, but I can load up ADW and call it a day.  I know Samsung has that Nexus S out which is a pure Google phone, and it's tempting, but therein lies that fat finger problem again.  A real keypad is a must.  Bye bye Evo too.  Tried that, failed horribly.

In case you're wondering, I'm limited to the Sprint lineup since they're my carrier.  No, I'm not changing carriers.  My price is too damn good on service.

I looked at the Windows 7 phones, but the UI looks like it was done by a retarded 3 year old with one had wedged up his ass.  That option is out. 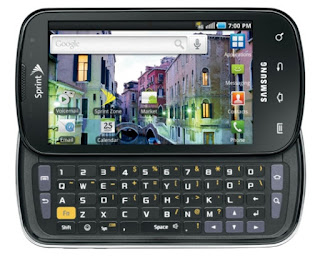