So the worst thing that can happen to you if you live in Texas is to lose your a/c during the summer time.  It gets fucking hot here...VERY FUCKING HOT.  We don't get the luxury of dry heat.  It's that fun humid shit that makes you feel like you're having a heat stroke when you take the trash out.

On to the topic of this.....guess what happened to me today?  I'm sitting outside last night smoking on the patio and I hear a nice whining noise.  It sounded like one of the a/c units, but I'm no fucking expert.  Plus there's 4 units down there so all I could do was hope it wasn't mine.  I still had cold air, and it was 3am, so fuck it.

I wasn't so lucky this morning when I woke up sweating like a whore on ship leave.  The fucking unit outside isn't doing shit, and the vents are blowing out normal air.  Oh....fuck.....

So I call the office, and the maintenance guys show up a couple of hours later.  It's 100 fucking degrees outside, and my soon to be ex apartment is approaching 90.  This isn't good, at all.  Yes, I know the filter icon is on.  That just happened a day or so ago, not the cause of the issue. 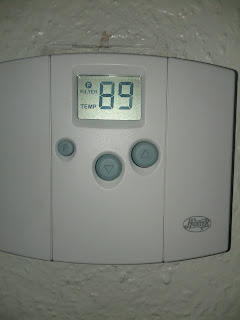 I was hoping they would send actual a/c techs.  Instead I have the amateur repair crew who's learning on the fly how to fix one, and how electrical current works.  One of them already shocked themselves, and the other came close.  Now I know it's been some years since I've been in college and took my AC/DC classes, but common sense still tells me to kill the fucking breaker first before I fuck with the wiring.

They learned this lesson after the fact.

So they've been out there for a couple of hours or so now and potentially exhausted everything they can think to do.  Rewired it, replaced condenser, stare at it, etc. 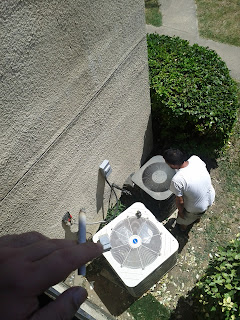 (Giving it the cold stare of fear)

I must say the following strategy deployed is something I NEVER learned in college, and will now be going to TSTC for Monday to get a full refund of my tuition paid because of.

Jabbing it.....with a fucking stick.  I can't make this shit up, and I had to get pics just to prove it to myself. 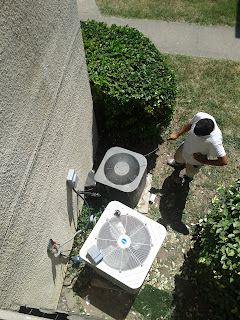 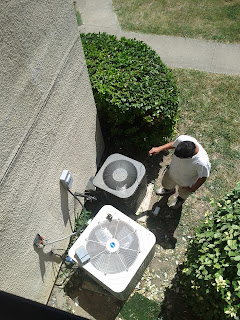 I must say they've attempted to replace shit on this thing that I could never have imagined.  However I am absolutely shocked, SHOCKED I tell you that poking it with a stick has not IMMEDIATELY restored my once precious and treasured cold air.  It would seem that after the stick jabbing, I am simply not worthy of cold  a/c and I now accept this fate in life.

BTW.....they're still outside giving it the death stare.

So I figure ok, while I'm writing this post I'll go outside for another smoke.  Check progrress, hope for the best.  Normal shit ya know?

The next attempt if something I never thought I would see in my life, and I am horrified that it ever took place. My poor a/c will never be the same again.......they gave it..... 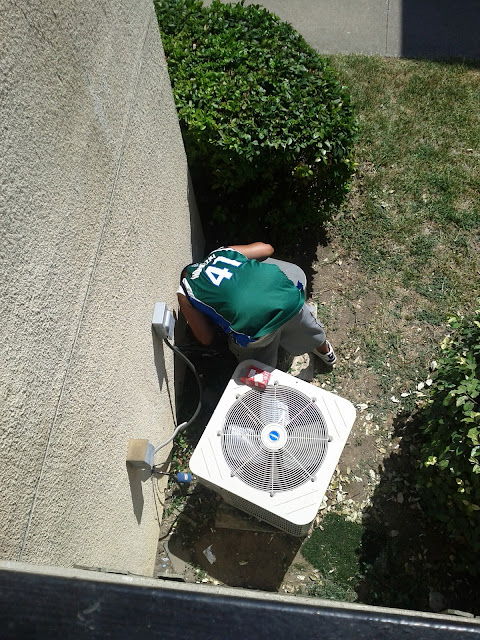