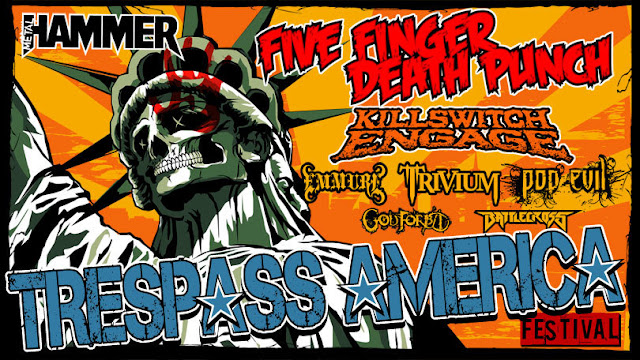 I'm finally fn home, and I still can't hear normally.  With the exception of Trivium and Pop Evil, Trespass was a hell of a show.

Don't get me wrong, Trivium isn't horrible.  Those guys are actually pretty good.  Their singer just sucks really bad and fucks up the whole experience.  As for Pop Evil, let's not get any hopes up there.  Those guys are fucking horrible. 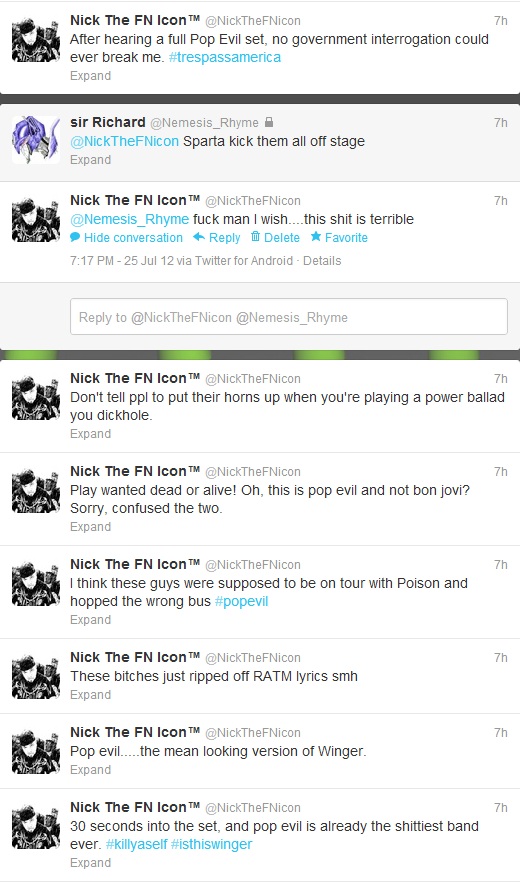 And yes, I was highly fucking impressed with Battlecross.  If you're not a highly known band and wanna get accepted in Texas, cover Pantera.  The place went insane when they played Fucking Hostile.  They actually check their Twitter account too! 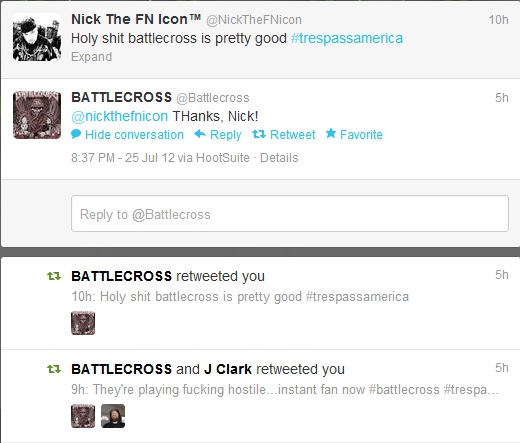 Killswitch played a hell of a set, and it's great seeing Jesse back on vocals.  Anyone who questioned him coming back and replacing Howard can now shut your fucking mouth.  Dude was on point.  And 5FDP puts in one hell of a show.  Mad fn energy.

Now hit the link to get to the full album of pics I took.  Please excuse some of the quality.  I shot em on my Gnex, but a lot of it was at like 50% zoom because of the seats.