My Cat is a Fucking Idiot 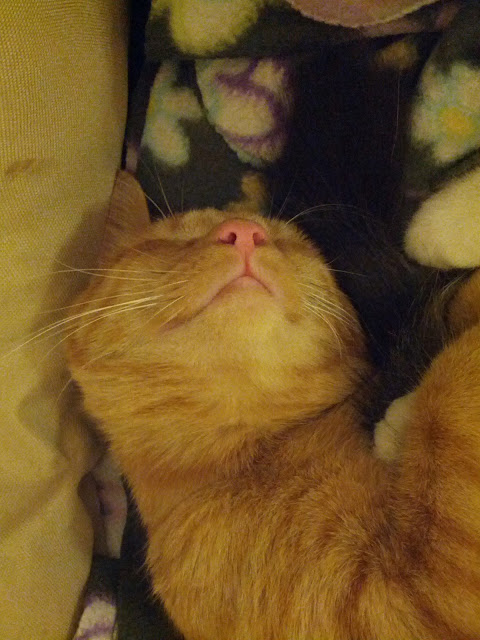 He's fucking stupid and gets on my nerves when he follows me all over the house daily, but I love the little shithead.  This is the same cat that sits outside my bedroom door EVERY morning until I wake up and will follow me everywhere I go around the house.

I'm serious.  If I take 2 fucking steps in any direction, he will follow me just to stay right at my feet.

So I come home from another resentful trip to Walmart, and as soon as I walk in I hear a feverish scratching.  Not abnormal since the cat box is there.  I look in and no one is in there.  Myrrah is sitting on the floor, but the scratching continues, now followed by a pathetic whiny meow.

My next question is where the fuck is my idiot cat with his cries for help.  I look around the general area as I can hear it right next to me but he's nowhere to be found.  On just a random hunch, I looked behind the deep freeze as it's the last place to check in that immediate area. 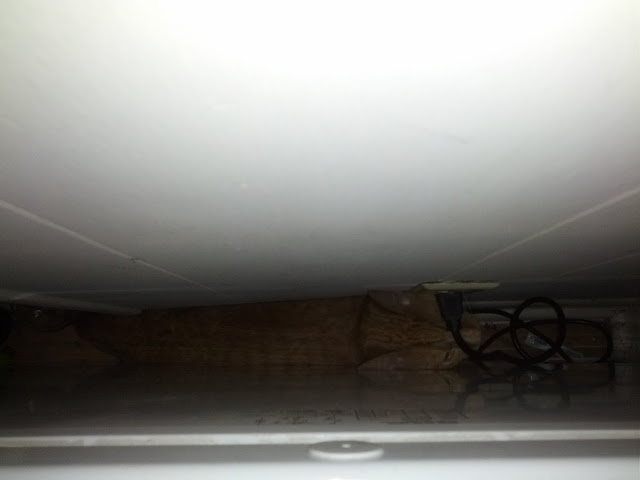 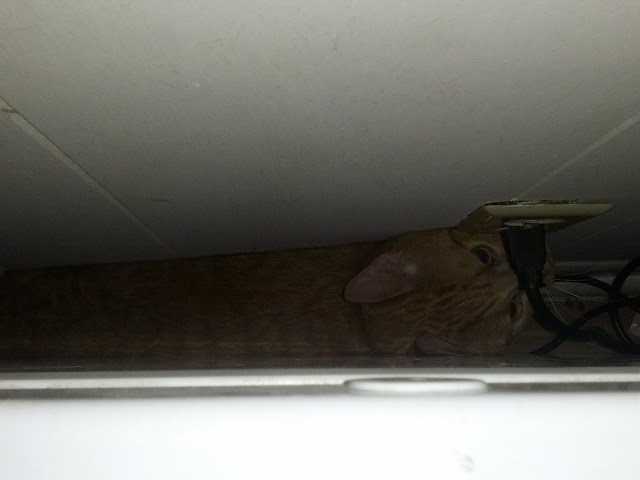 Somehow this dumb fuck managed to get stuck between the deep freeze and the wall.  The ONLY way to get in that gap is to drop straight down since it's in a corner and there's a stand on the other side.  For the life of my I doubt I'll ever know what would inspire him to drop down there, but now he's stuck in a predicament where all he can do it stand in place and look straight up then pout and cry.

Yes, this is fucking hilarious to me.  And yes, I had to take pics before actually getting him out.  As you can see from the pics, he wedged himself in there pretty good and it was a pretty tight fit.  When I got him out, he latched on like I was the greatest hero he's ever seen.  I thought he would be traumatized for a while, but luckily his A.D.D. doesn't allow him to remember shit after about 10 seconds.

This was him about 5 minutes after I got him out.  I'd say he's recovered quite nicely from his traumatic experience. 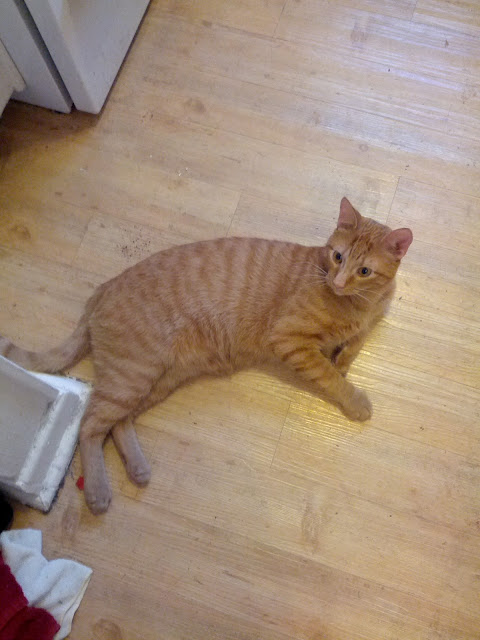