New Rule: Pay the Extra for the Better Interwebz Speed 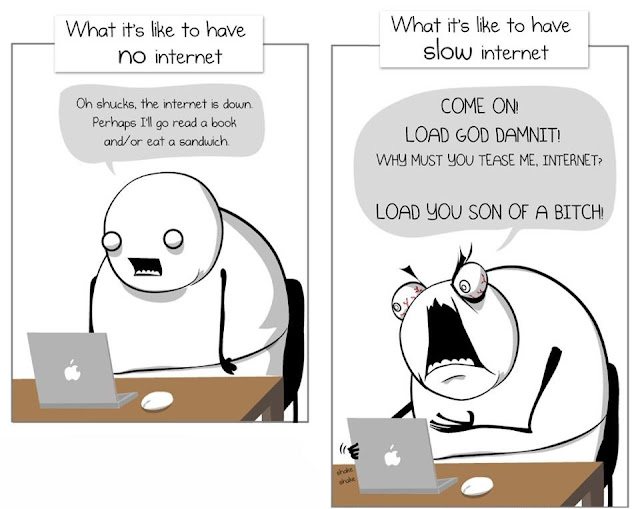 The economy still kinda sucks.  Shit costs too much, and we're all looking for ways to save cash.  Like it or not, it's a reality we all face.

So I'm looking over my bills and pondering ways to lower my expenses where I can.  For some stupid reason, I thought it would be a good idea to lower the 30 MB plan plan we're on down to the 8 MB.  Now in my head, this seemed like a pretty good idea.  It would cut the cost over half of what I'm paying now, and 8 MB is enough right?  Right?

Netflix?  Forget it.  You have to run at 50% quality just to keep the stream from choking all the time.  Same with any other streaming video.  Downloads for music or apps?  yeah, those sucked balls too.  Honestly I don't think I got anywhere near that 8 MB download mark we supposedly had.  Hell if anyone was downloading something, you might as well not use another computer in the house.  I tried to endure it, I really did.  The financial difference was so nice to see.