TFSE Episode 41: I Have a Boner for Peeps

Peeps are awesome.  No, correction, Peeps are fucking awesome.  So much so, Kevin and Nick both have awkward sexual moments with them.  We're not kidding.  Life just got better when we found out they're made year round. We also pursue the option of shaving Kevin's hairy ass for charity, although we haven't decided who it would benefit.  Or for that matter, what charity would want money that was raised in that fashion.  Jenn might even fly down from PA for it, and we can run video.

And more stories this week of Kevin's son being an asshole which is always entertaining.  While mocking Victor being a pussy, Kevin shares the story of when he was a kid and got his ass kicked by a girl.

Jennie also gets stalked via text during the show from some creepy fucker.  Yes, we initially gave out the cell number but edited the show to take it out later.

We also go over the fear of a woman telling a man "she's late".  Yes, we all know that.  Thank God for shark week.  And here's the video from Stephen Lynch about that moment and the shit that goes through a man's head in that moment of panic.


[EDIT:  Found a much better copy of the video] 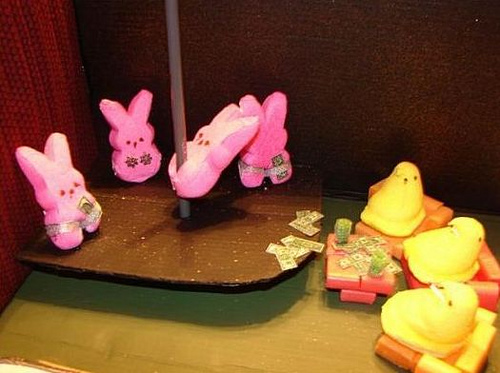