I was going through some pics on my laptop, and it dawned on me that I never posted the pics after I chased down the Google Street View car.  They went up on OMG!Droid for obvious reasons, and I intended on posting them here after they got their worth in traffic.

Oh, and my apologies to the dude I cut off while busting a 180 to catch up with the car.  Hopefully he understood.

Unfortunately the lady driving wouldn't let me look around inside and she kept an eye on the car the whole time she was out of it.  Understandable, considering these cars probably get a lot of attention and curious bystanders.

Hopefully I'll show up on Street View after this.  I'll be the psycho nerd in the Trailblazer chasing it by the Kinko's. 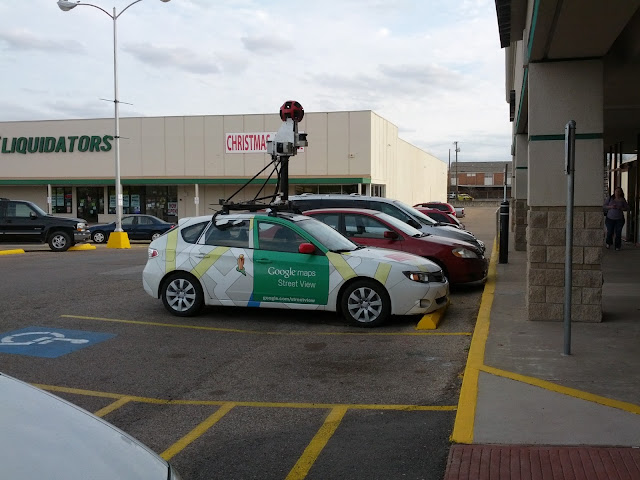 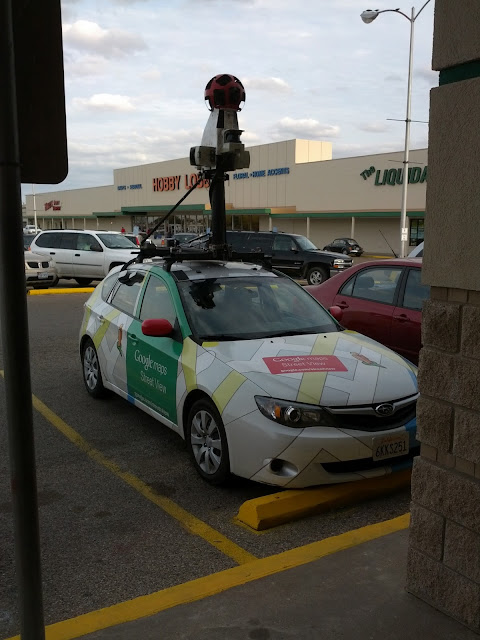 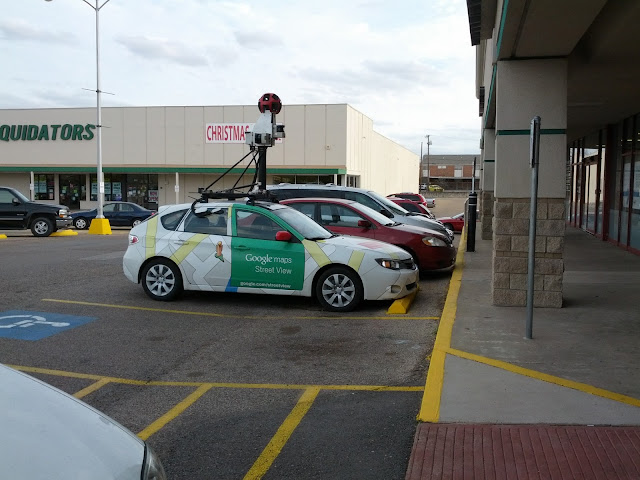 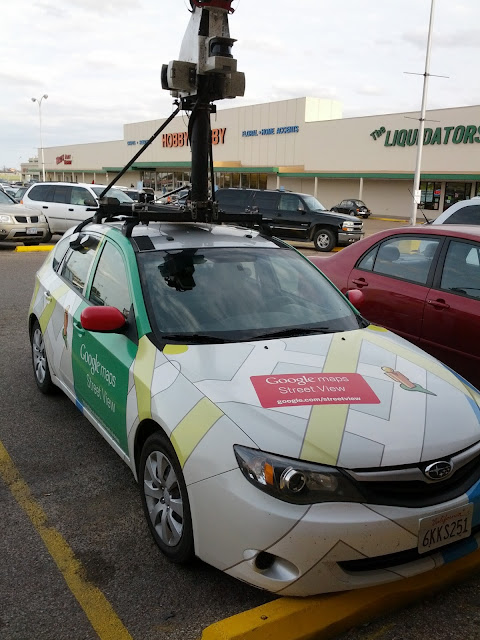 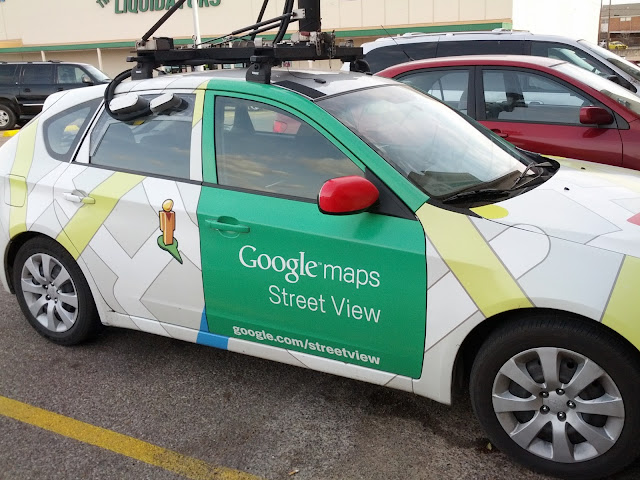 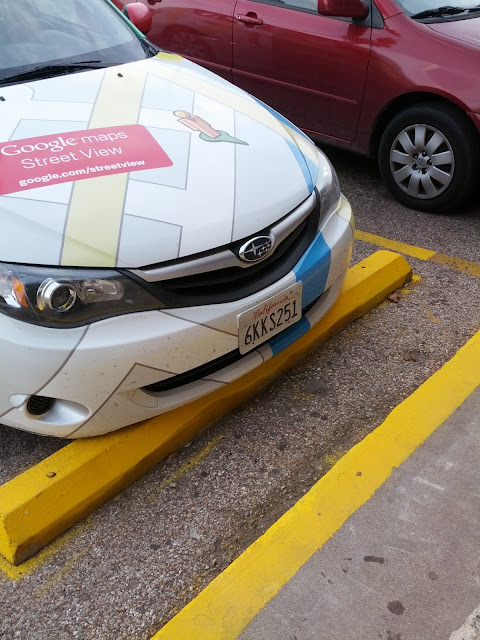 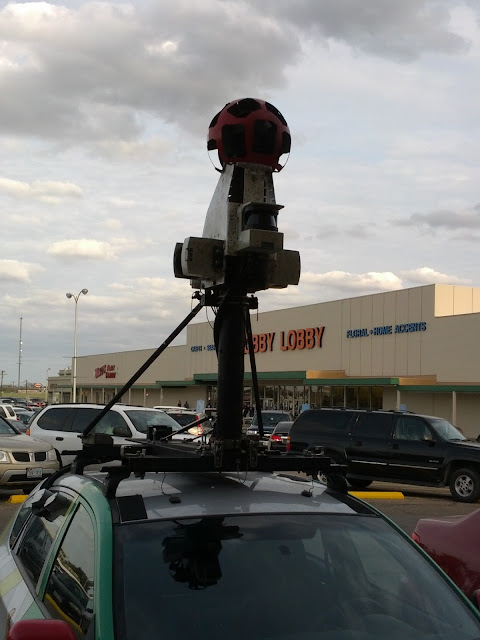 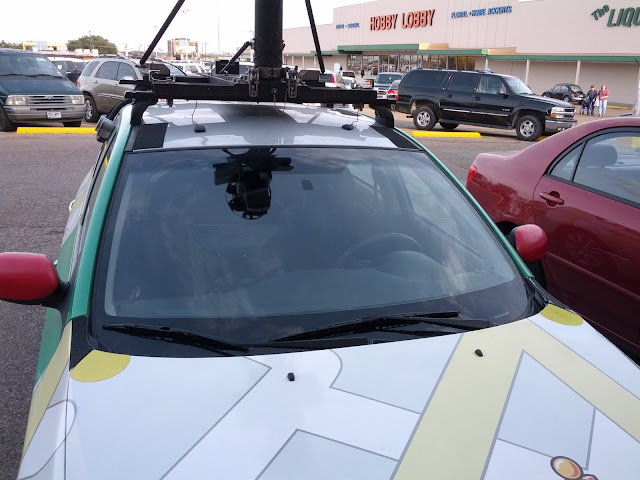 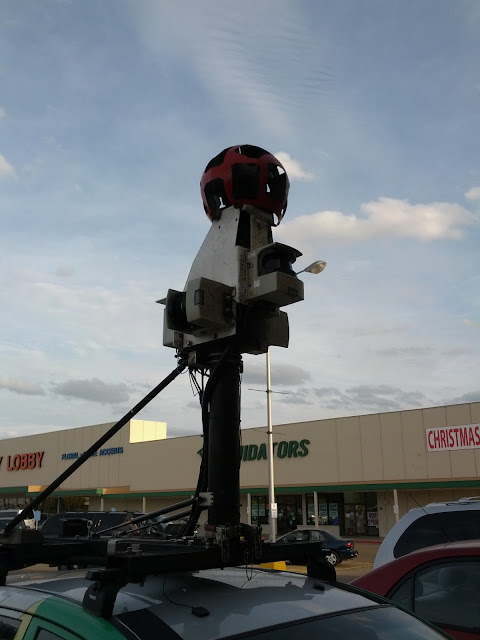 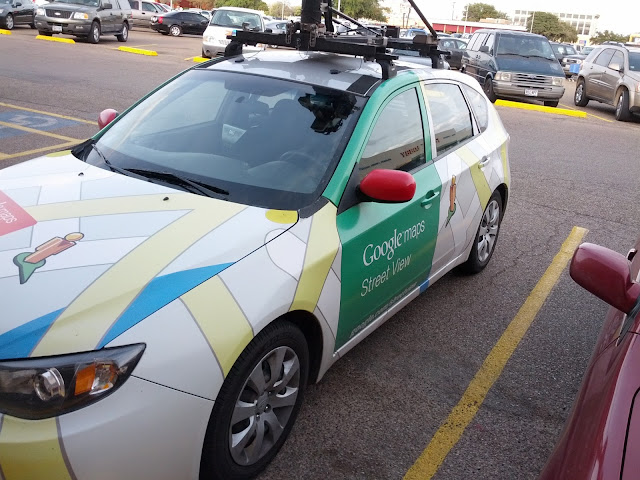 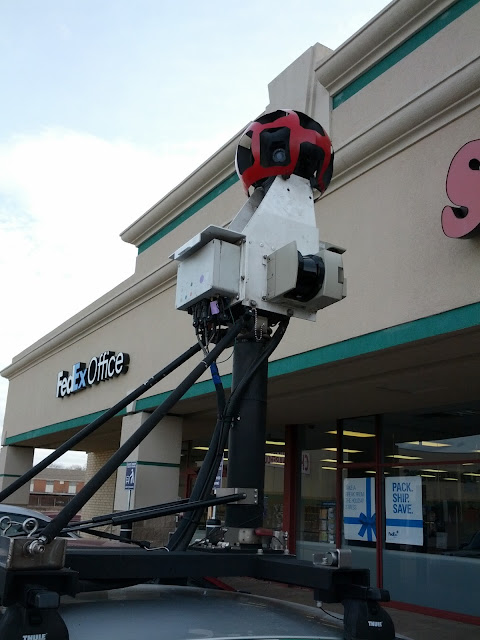 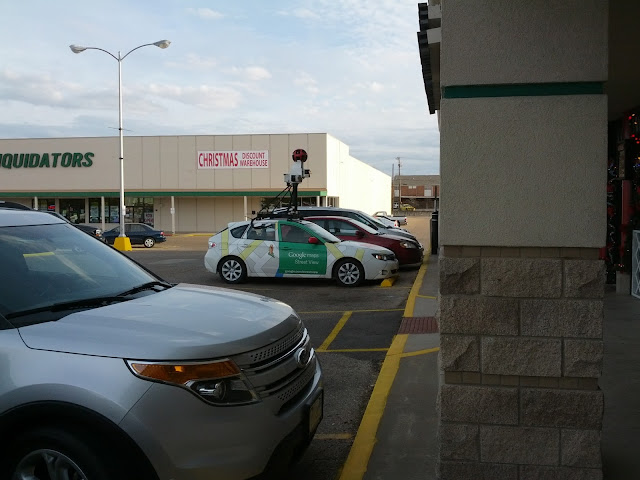 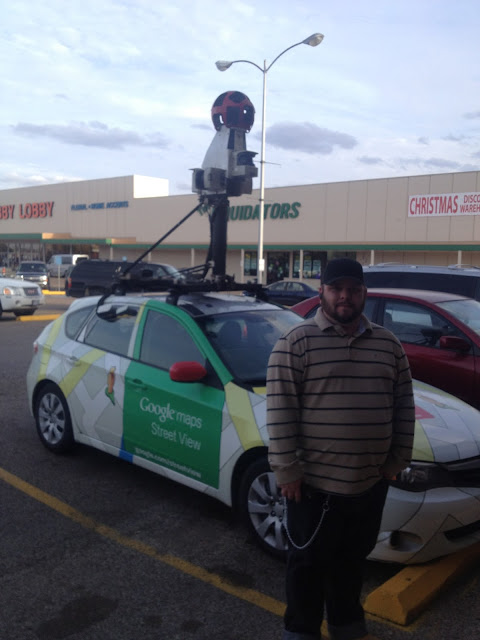 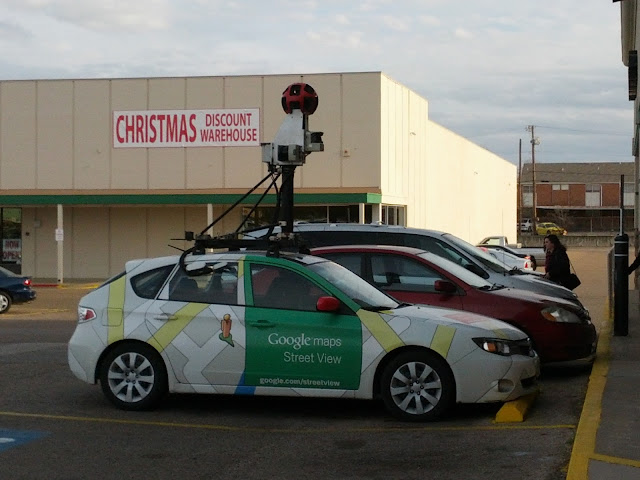