There's a Reason I Suck at Dating 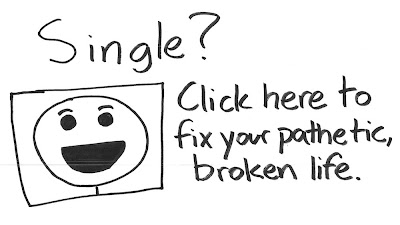 So back in November while I was killing time after getting canned at Sprint, for some reason it seemed like a good idea to join a dating site.  Why I would ever think this was a good idea, I can't give a solid reason for.  The idea of these things normally annoys the shit out of me.

Despite that, I signed up, profile created.  The entertainment of it was brief, as I ran across a lot of weirdos and quit it.  Lesson learned, right?  Not so much.  Where would the entertainment value of that be, as I'm awesome at poor life choices?

Before the entertaining part of this read, let me make one disclaimer:  I don't hate God, I'm not anti-religious, nor do I care what someone else's religious beliefs are.  I have my own, and don't feel the need to be outward about them, attend church regularly, etc. to confirm them for myself.

That said, some people should really re-work their approach when initiating a conversation.  Or perhaps take their business over to the Christian sites instead.  Below is a conversation some chick initiated, word-for-word.  Keep in mind I've never talked to this chick in my life. 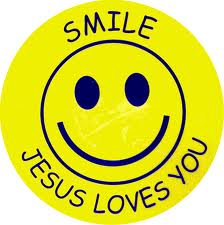 Yes, I get bored.  And yes, if you come at me in a stupid manner, I will present you as such.  After reading her profile I've determined 2 things 1) there is certainly a thing called oversharing...no wonder she's single and 2) they created christianmingle.com for a fucking reason.

I am looking for a Christian, hard working, committed man that does not desire to bring anymore kids into this world but would be glad to have a couple of step kids one day  looking for a baby daddy?

I want a man that listens to his children and considers what they want but is not trying to be their best friend before being the parent that teaches them how to be the best that he or she can be....

I want a man with a back bone and a big heart....you MUST be a Christian ..... And want a 50/50 relationship  considering the other demands, you may want to considering MUST me Christian to keep some options

And right now sex is the last thing on my mind so don't go there, I don't want to exchange nude pictures or discuss what we might do if we had sex.... I am not an easy lay i saw your pics, and no one wants your nudes.  and stop saying you're not an easy lay just because you can't get any

Although I am affectionate.... Love holding hands ... Kissing.. Hugging.... Cuddling....but the kissing comes last.... And no sneaky hands until I am ready for a committed relationship  did this bitch just say "sneaky hands"???

I am old fashioned....so I will not plan to pick up the bill..and if I do you can bet that will be the last date....  so much for that whole 50/50 thing you mentioned earlier

Okay here comes some confusion so hang In with me while I explain ...  which translates to:  if for some reason your stupid ass didn't already hit the back button and kept reading, turn away now!!!

For the past five months I was in a committed relationship with a man that allowed his 13 year old daughter to call the shots....,  did it take him 5 months for "sneaky hands" to be ok?

He recently told me that he is done and wants my kids and I out of his house by the end of the month....  i can't say i blame him

I am looking to see what I can afford so I can get the hell out of here.. I have been the only one working the last 3 plus weeks since he was fired and lied to me .... I paid all of the bills and took as many hours at work that they would give me so I could provide for everyone.  boo-hoo

I believe that God wanted me here for a short time and now it's over ... His true colors came out and it's GD this and GD that and I hate that word... for a short time.....where does that even begin to make sense???

If you know what you want and you want to share your life with a good hearted Christian country girl and her two kiddos ... Then we can talk..,, if all of this is too much for you then move on.,  gladly

no felons
no racist men at all kill whitey!

I share all of my life with my partner and expect the same in return...  like if it burns when i poop?

I also do all of the work on my car myself, I have even replaced the heads on an 88 Ford Thunderbird that I used to have what, do you want a fucking cookie?  i can piss anywhere i want.  beat that!!

I am looking for a future husband but I am not rushing it..., and since I have a CDL I can't take any chances so if you are planning on taking me somewhere that serves alcohol you should plan to pick me up... If I drink and drive I lose my job and my CDL.....  because being a bus driver is a career that we all want to get and NEVER give up!

I was actually considering closing the account completely, but this is some fucking entertainment!  If I can keep quality shit like this flowing in, I'll never be bored.

Email ThisBlogThis!Share to TwitterShare to FacebookShare to Pinterest
Labels: It Hurts If I Touch It…, WTF
Newer Posts Older Posts Home
Subscribe to: Posts (Atom)