I'll admit that I don't read the local news as much as I probably should.  I live in a somewhat smaller city that tends to be a bit boring at times, so it really doesn't keep my attention very well.  I have to be amused.  One guilty habit I do have is reading the crime section.  I'm at that age where the fuckwads I went to school with are really hitting their own criminal prime and doing all the dumb shit that reminds me of how awesome my life really is.

Outside of the assclowns in my own age range, one source of constant entertainment are the elderly.  It seems the older you get, the more fucked up in the head you get.  This results in some highly entertaining shenanigans.  Normally stupid stories of arson don't really get my attention, but when it involves an apartment complex I used to live in, bells go off. 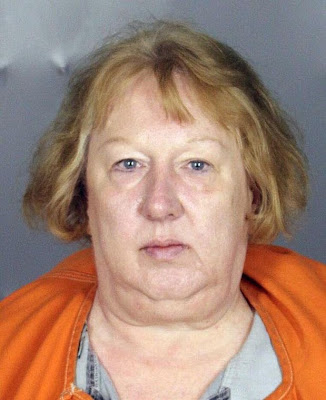 Apparently she had an issue with the apartment management, and decided to take an unusual route in displaying her dislike by setting the fucking managers office on fire.  Apparently sometime around midnight she decided to stroll across the complex and light the damn thing on fire.  I'll give her credit for trying to use a broomstick and grocery bag to cover the camera, as most people usually want to commit a crime and not go to jail.  It is however highly recommended to conceal your identity first so they don't see you staring at the camera while trying to cover it.  Also, make sure said grocery bag is secured so it doesn't fall off the camera 10 minutes later and catch you in HD quality torching shit up.

OK, scratch that last part, because she fucked it all up.  Needless to say the cops had an easy time with the identity.  Also, don't tip off the damn ATF to the point they see you as “overly interested in the investigation" either as it may lead to a few fingers being pointed at you.

What lesson have we learned here today?  It's OK to not like the apartment management, that's quite normal.  There are however much more effective (and legal) ways to express your discontent with your living situation than blowing shit up like the 4th of July.

I did get a chance to swing by earlier today just curious to see how bad she fucked it up.  Kudos to grandma, cause she Hulk smashed that thing.  Luckily for the other tenants in the area who didn't have anything to do with it, no other buildings were affected. 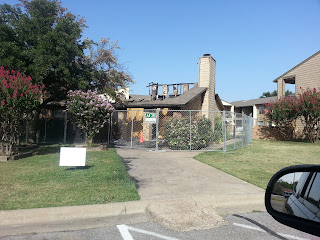 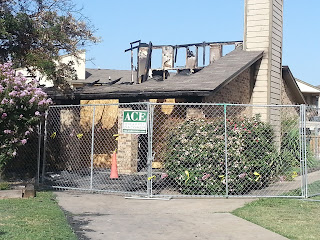 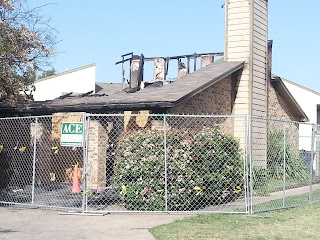 Sad to say, someone won't have grandma at Christmas this year cooking the ham.  But thank you senior citizens for your valiant efforts in keeping me entertained.
Posted by Nicholas White at 8/08/2013 06:25:00 PM