The Unwritten Rules of Men's Bathrooms 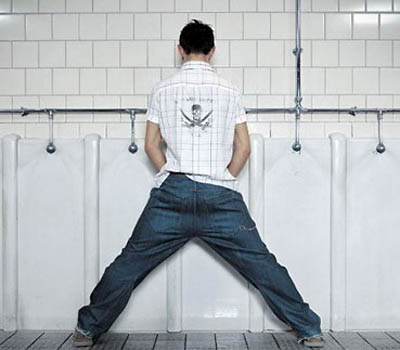 A couple of weeks ago I found myself in a conversation with Kevin and Jennie that went from something stupid and morphed itself into the unwritten rules of the men's bathroom.  I was amused at her level of shock on how the guidelines work and the advanced communication used (or lack thereof in some cases).  This later turned into an hour long rant on Twitter so I thought it best to document some of the key points for those who have never been enlightened.

Men use a cheap form of sonar so to speak when we first walk in.  It's standard that as soon as the door opens that there is some slight sound made to identify who is occupying which bathroom stalls.  It can be a cough, a sniffle, or clearing your throat.  It's a clear form of communication to identify who is where so there is no errant attempt to open the door of an occupied stall.  The person who walks in once they've received acknowledgement of who is where must then make a similar sound in response to confirm they received the locations. 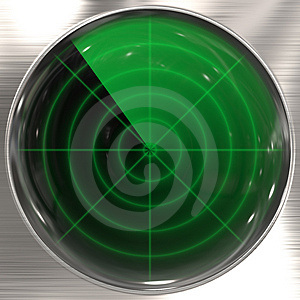 If using a urinal, always ALWAYS maintain space between you and the other patrons.  If there's 12 urinals in a bathroom keep as much separation as possible between people.  There is NEVER a valid reason to go to the urinal next to another man if there are others free to allow for required space.  If the only urinal available is immediately next to a person and there is a stall available, go in the stall instead.  Ideally you want to start at the furthest away from the existing patron.  When multiple people are in the bathroom you need to maintain a 1 open urinal on each side of you policy.

Urinals have a no talk/no look rule which has no exceptions.  When you walk up to a stall the golden rule is to stare directly forward at the wall and DO NOT deviate from this.  No normal human being wants to have a chit chat while they're standing there vulnerable to attach with their dick in their hand.

If someone tries to strike up a chat regardless of innocent intent or topic you must give a clear and firm warning as to his error.  This can commonly be done by turning your head slightly toward them (remember no looking) and blurting out "WHAT THE FUCKING FUCK?!?!?!?!" and then turning back to the wall in front of you.  If they persist on talking that man may now get his head kicked in by any other patron in the restroom. 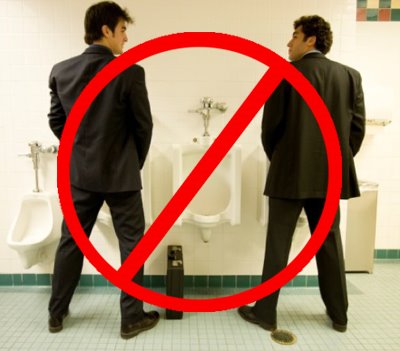 One of the least recognized rules is toilet paper.  There is ONLY ONE correct way to set it on the roller and that's with it rolling out from the top toward you.  This is critical for a truly convenient bathroom experience and IS NOT OPTIONAL!  You know who had their paper roll out from the back of the roll?  The fucking Nazis did...that's who.  That kind of shit is evil and leads to genocide.  You know else rolled the paper from the back?  Persians did.  If you don't believe me just go ask one.  Wait, you can't find one to ask because the toilet paper Gods wiped them out of existence for their sins.
Posted by Nicholas White at 3/14/2014 10:51:00 AM