Donald Sterling and the 1st Amendment 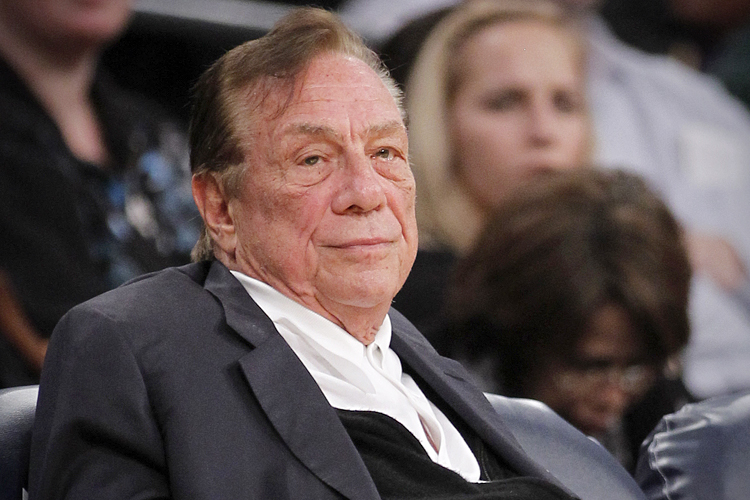 As you've probably heard by now, L.A. Clippers owner Donald Sterling hates black folks.  He apparently isn't fond of them showing up at Clippers games or being in photos posted by his family or whore either.  Ironic considering he owns an NBA team and last I checked, plenty of black dudes are on the payroll in that league.  Regardless of that, his whore got him on an audio recording talking shit about black dudes and all which everyone has heard, and earlier today the NBA announced he's the newest recipient of their banned for life award.

This was obviously expected.  They can't force him to sell his team, but they can certainly kick him the fuck out of the building.  Since the announcement I've seen a ton of screaming on social media sites that the NBA banning him has violated his First Amendment right to free speech.  It would appear that we need some clarification on this as too many people are quick to scream about their Constitutional rights, but have no idea what they really are or what it entitles them to.

Congress shall make no law respecting an establishment of religion, or prohibiting the free exercise thereof; or abridging the freedom of speech, or of the press; or the right of the people peaceably to assemble, and to petition the Government for a redress of grievances.

The government may not: a) prohibit one’s own expression; b) prevent one from receiving another’s expression; c) compel one to express certain views; d) foster adherence to an ideological viewpoint; or, e) compel one to subsidize speech to which one objects.

In short, with some exceptions relating to health and safety concerns, it is your right to express your concerns without governmental interference.  This has held up completely true in the case of Donald Sterling.  He happily went on his rant regarding his dislike for black people, and he is not in jail because of it.  No agents showed up at his door to silence him.

The most important thing to know about this is that the First Amendment isn't a free pass to run out and say whatever you want with the thought that you're free and clear from consequences.  You have a constitutional right to say something that makes you look like a complete asshole.  Nothing in your constitutional right requires individuals or businesses to have to associate with you once you open you mouth.  Individuals have the right to disagree with you and call you an asshole.  A business has the right to fire or suspend you for being an asshole.  Again, you are NOT exempt from the consequences of what you choose to say from everyone except for our Government.

The NBA is well within their rights on this and the lifetime ban is a nice first step toward resolution on this.  For those screaming they're violating his First Amendment rights, read a book before you open your mouth.
Posted by Nicholas White at 4/29/2014 02:56:00 PM